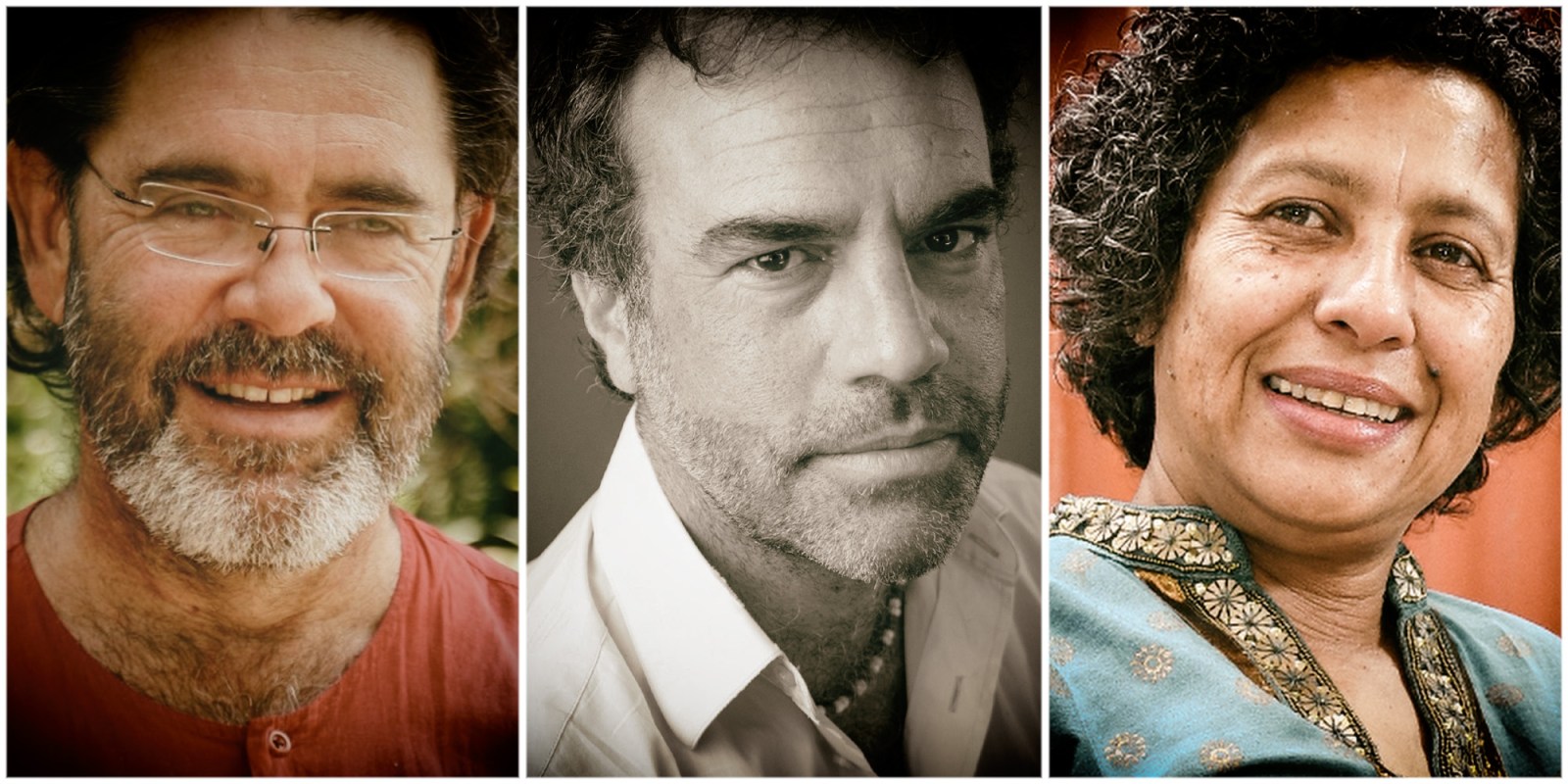 ‘I thought years ago, after they stole from Nelson Mandela’s funeral fund, that the ANC couldn’t go lower than that.

“I thought that that was the lowest of the low that we had seen in corruption in South Africa. But it seems that the lowest is yet to come,” said land fraud investigator and author Rehana Rossouw during an Our Burning Planet Webinar on Thursday.

Rossouw was discussing how the recent KZN floods had, once again, seen the government misusing funds meant for conservation, for fraudulent and corrupt schemes.

Our Burning Planet Journalist Kevin Bloom discussed the link between State Capture and environmental breakdown with sustainability professor Mark Swilling and Rossouw, unpacking several examples, many of which were investigated by OBP, such as Bloom’s long-running coverage of Deputy President David Mabuza’s involvement in the land claims scam, the rise of the bushmeat trade on the borders of the Kruger National Park and illegal mining assaults on the west coast.

Through this, Bloom highlights how it is becoming continually clear that State Capture is killing our biomes.

When this webinar was planned, the Our Burning Planet team didn’t know the KZN floods were about to happen, but it is yet another example of how government corruption is affecting the environment.

“If the KZN provincial coffers had not been so efficiently milked over the years, the landslide damage may have been mitigated,” said Bloom, asking Swilling what the recent floods say about our ability as a country to handle the environmental and climate changes that are inevitably on their way.

Swilling, whose primary research has dealt with societal transitions, responded, “What we are witnessing is the failure of our systems to anticipate the impact of climate on the natural systems that we depend on.

“It’s a shout-out to say we as humans are fragile and we need to invest in climate resilience. If we don’t… what we’ve just seen is just going to multiply many times into the future.”

Bloom asked Rossouw if the fallout from the floods was a turning point or wake-up call for ANC.

“Unfortunately for the ANC, I think we have now reached the stage that every event is an opportunity for corruption,” replied Rossouw, citing how relief resources collected for people who were working to mitigate the disaster were being looted. Rossouw said she didn’t think the ANC was going to change, or that this would serve as a turning point from past corruption.

“I expect to see even more corruption in whatever climate mitigation there is in South Africa, I really do.”

“I just have to say… I’ve never come across something so vast, so broad, so venal and so destructive, in all my 25 years as a journalist in this country,” said Bloom in reference to Rossouw’s nonfiction book, Predator Politics: Mabuza, Fred Daniel and the Great Land Scam.

“My book is about one South African citizen, Fred Daniel, who had sold a successful business and decided to dedicate the rest of his life to a personal project to mitigate climate change,” said Rossouw, explaining that Daniel was aware of climate change from a young age and wanted to use his money to heal the land.

Daniel bought 69,000 hectares of land in southern Mpumalanga, wanting to transform it into a game reserve to attract wealthy clients as well as it being a site for SA citizens to gain knowledge and as an educational facility for local children. Rossouw explained that after going to the government to partner with them to transform and conserve the land, Daniel discovered how corrupt the government was.

“Bit by bit the provincial government did what I called the ‘predator politics’; spotted an opportunity to steal again, to be corrupt again and again,” said Rossouw.

Daniel discovered the land claim scam, where the government put up fake land claims on Daniel’s farms at exorbitant prices, with claimants that weren’t certified.

“The provincial government decided that they would act as a broker between the Land Claims Commission and these so-called claimants and suddenly farms were being sold willingly to the government for restitution to landless black people,” said Rossouw, “the value of those farms in some instances became eight times higher, four times higher, six times higher.”

Rossouw points out that while her book deals with the whistle-blower Fred Daniel’s story, the model for State Capture actually arose in Mpumalanga before Fred ever bought land.

She said that before 1999, during the first term of office of the Mpumalanga provincial government, the Parks Board — responsible for conserving and protecting land on behalf of all citizens of South Africa — was used as a vehicle to transfer state funding to the ANC.

It was discovered that money intended for conservation had been transferred from a government agency into the coffers of the political party.

“And so over the years in Mpumalanga conservation projects have failed spectacularly, and mostly because of corruption. David Mabuza became premier when the scheme was already in place,” said Rossouw.

Another double movement of alternatives

Swilling explained that the core argument of his book, The Age of Sustainability: Just Transitions in a Complex World, is about understanding that the sustainability transition follows many other historical transitions that have already taken place.

“The argument is that we have gone through major transformations or transitions in the past. All the indications are that the current global system is unsustainable, and there’ll be another transition.”

Swilling’s thinking is influenced by Karl Polanyi and his book The Great Transformation — originally published just after World War 2, which explores the idea of “the double movement”.

“What Polanyi is trying to understand is, how is it possible to have — from the mid 1800s through to the Second World War — this massive, powerful rise of global capitalism… on the one hand, and on the other, the rise of literally hundreds of thousands of initiatives that were more about solidarity with each other as human beings within society and with nature.”

Swilling uses Polanyi’s idea in his book to discuss how contemporary society has its own type of unfolding double movement.

“We’ve had globalisation of a very extractive nature, near liberalisation, financialisation, increased extraction of natural resources and increased emissions with climate consequences.

“And on the small scale, people like Fred Daniel, who want to help the earth, are the ones who are part of the double movement that we need in sustainability transformation.

“There’s so many people like that all around the world. I meet them all the time,” reflected Swilling, “they kind of sensed the pain of Mother Earth and the destruction caused within our society, especially amongst the poor.

“These are the people driving the double movement. And that’s where hope lies. This is hope without easy answers, but it nevertheless is hope.” DM/OBP 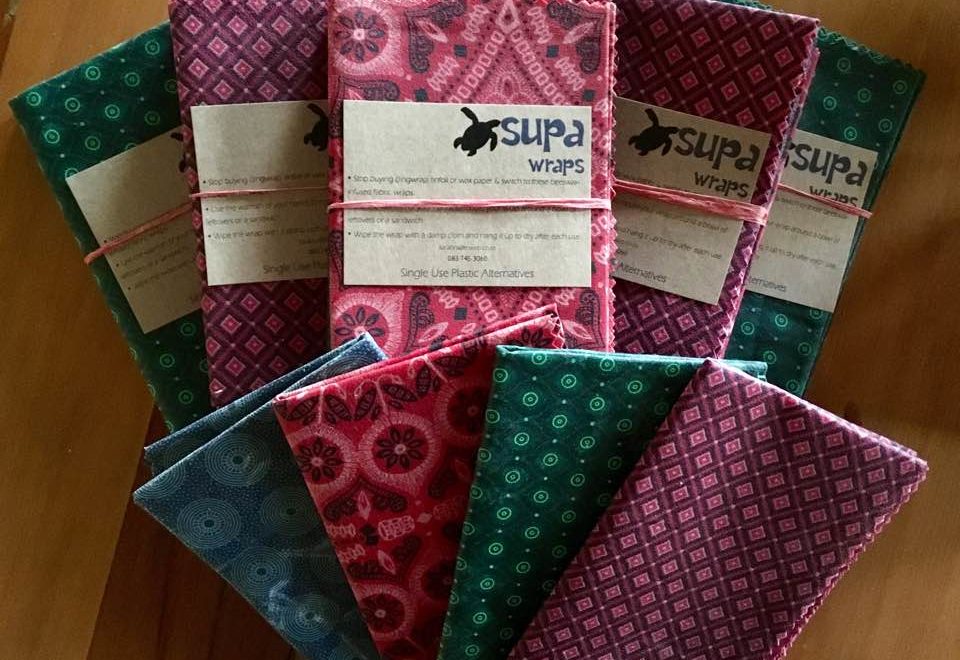