Small Miracles: The Story of the Princess Alia Foundation 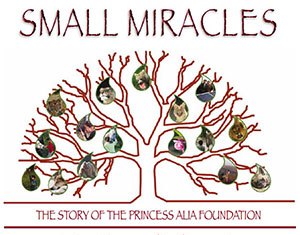 The title is a classic example of understatement in that the story tells of nothing short of an abundance of miraculous events, interventions, intricate collaborations and the dogged action of a group of people, spearheaded by Princess Alia of Jordan and her cousin Sharifa Sarra Ghazi, determined to alleviate suffering and neglect wherever they encounter it.

Reading this book is like having a long coffee break with the authors as they tell their story. The narrative takes you on a roller coaster of tragedy and triumph, winding through the convoluted alleyways of politics, religion and the ignorance of many of the animal keepers and government officials entrusted with animal welfare. Equally inspirational is the account of the work done through equine therapy with children on the autistic spectrum, and their on-going attempts to make schools in the poorer areas of the country self-sufficient by providing them with solar panels.

The tale begins with an intimate recollection of Princess Alia’s childhood inspirations and memories of growing up in Jordan, one of the driest countries on earth. Her early tales of befriending animals bear witness to a woman who is deeply connected to the natural world and who has a profoundly spiritual understanding of our role as custodians of the planet. The story is then taken up by Sharifa Sarra Ghazi, whose humorous style of writing cannot disguise the depth of her love for and commitment to every animal and child whose cry she hears. The at times harrowing accounts of rescue and intervention for the animals (lions, tigers, bears, hyenas, dogs, donkeys et al) confiscated from zoos, pet shops and illegal trade, and the descriptions of the appalling conditions of the abattoirs, are interspersed with the universal synchronicity that visits those who hear the call to action; one that embodies Ghandi’s injunction to us all: “Be the change you wish to see in the world.”

The authors have done exactly that, assisted by many wonderful people,in their mission to improve the way in which humans interact with animals and each other.

The authors and their Foundation have succeeded in rescuing many animals and given them a haven at Lionsrock in South Africa. They and their compatriots represent those people who see beyond political boundaries and the lines drawn in faith, they hear the cry of those who have no words and act with selfless compassion. The story is riveting, heartbreaking, uplifting and awe inspiring. There are miracles occurring every day on this planet; they happen every time someone steps forward and says: No! No more cruelty, no more imprisonment, no more blind dealing in ‘products’ of nature, because we are all connected and what happens to our animals essentially happens to us, breaking down the fiber of humanity piece by unrealized piece if we do not act with heart.

This book deserves to be read by historians, conservationists, animal lovers, social revolutionaries and activists – anyone, in fact, who cares for and about life – as an inspiration to act and an acknowledgment of what has been achieved.

Quotes:
“We must all do more for the future of the creatures, this planet, and our own humanity.”

“It is another case of my conscience not allowing me to ignore the issue. Even if raising awareness on the matter is the only realistic course, I pray that readers will pay attention to this and so many other farming issues. Take the time to check what ‘free range’ really means, what happens to baby calves (those removed from their milk factory mothers only hours after birth) and the horrors of the sow stalls where pigs are kept all their lives with barely room to move. Many voices can raise awareness; but reduced buying forces industry to be more humane. It is often all about money, so make it worth their while to make it better!” – Page 56 Small Miracles 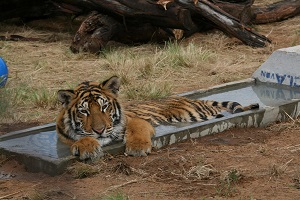 When Lyn White, an animal cruelty investigator, mooted the idea of an organisation to alleviate and prevent the appalling abuse of animals she was daily witness to, Princess Alia immediately embraced it and saw in it the opportunity to help humans in need as well as animals. Tireless in her charitable work and a woman of limitless compassion, Her Royal Highness nonetheless needed support to get the idea off the ground, and the obvious choice was Sharifa Sarra Ghazi, someone already committed to animal welfare and education, and highly organised and motivated besides.

The Foundation is now well established. Although staffed entirely by volunteers and dependent on finance and support from kindly individuals and organisations within Jordan and around the world, its reputation and reach continue to grow. The New Hope Treatment Center was launched in 2010 to provide medical care for animals, and Growing Together (Equine Therapy) initiated early in 2012 is already showing remarkable results with troubled and autistic children. The story of the Princess Alia Foundation, its triumphs and tragedies, hopes and dreams, and the small miracles that take place each day, is told here – at times harrowing and heart-breaking, at times joyful and uplifting. Above all, it is indisputable evidence of the humbling and transformative power of kindness.

Written with passion and humour and gloriously illustrated, this book should be compulsory reading in every part of the world, to reawaken the seeds of compassion that live in all mankind but all too often lie dormant through ignorance or social conditioning, to remind us that we share this planet and our destiny with all living things, and to promote the balance, harmony and respect of all creation.