Plastic shopping bags…we see them in stores, we see them bunched up in our kitchens, we see them drifting aimlessly through the streets and out to sea. We have become so accustomed to using them that we do not consider alternatives and ignore the damage we are doing to our planet. One woman, Hayley McLellan, is helping create greater consciousness about the world that we live in by “Rethinking the Bag”—changing consumer behavior to clean up and protect our environment. Karoline Hanks has given us a glimpse at Hayley’s impressive efforts and the changes you can make in your everyday life.

Meet the power house behind the Rethink the Bag campaign

It is always wonderful to come across really driven individuals who are making waves in environmental circles. They are often incredibly passionate, yet unashamedly modest folk. The belief in what they do runs so deep and they walk the talk through every aspect of their personal lives – at the same time quietly getting on with the business of making a difference at a broader level through the work they do.

Hayley McLellan is one such game changer. She is the tour de force behind the Rethink the Bag (plastic bag ban) initiative that has received considerable attention from a variety of different organisations and appears to be gaining a foothold in the minds of many. Her primary objective? To have the ubiquitous plastic shopping bag banned across South Africa.

Hayley calls herself an environmental campaigner. And that she is. But she is a far cry from the bog standard image many have of a placard-wielding, tie-died skirted vegan who becomes unreasonably emotional in the face of corporate resistance.

The mere glimmer of a consumer backlash gets many store owners folding their arms and coming up with a barrage of reasons why they cannot possibly hop aboard. When confronted with this kind of resistance, Hayley just breathes, smiles, listens and agrees. She recognises that every one of the objections is valid, and allows the space for them to be worked through and discussed. Invariably she finds a way to create successful alternatives and solutions.

Hayley appreciates that the smaller, single stores are going to be much easier to guide in this process than the large, corporate, national brands that monopolise retail. Yet despite this, has recently had phenomenal success with the Spar Western Cape group, with a series of very high level meetings and promises of significant in-store changes.

Throughout her career, Hayley has been involved in the animal care and behaviour industry. This has encompassed many aspects, including staff management, animal rehabilitation as well as large-scale public speaking and educational presentations. She was the animal keeper for the Two Oceans Aquarium’s penguin and bird collection for four years. Her campaigning passions and public engagement skills lead to the aquarium carving out a new niche position as Environmental Campaigner within the Communications & Sustainability Department.

Hayley started out by getting an initial commitment to in-store awareness and providing them with locally made, affordable, alternative shopping bags. Designating specific focus days has also worked well for this campaign thus far. Annual International Plastic Bag Free Day on July 3rd has offered excellent opportunities for some very impactful events. In a bid to encourage store owners to adopt the campaign at a far deeper level, Hayley has created a ten-step programme.

The key emphasis is on offering choices. “This approach alters the whole conversation moving forward”, says McLellan, “I ask them to consider starting at Step 10 and to work their way up, choosing where they feel comfortable slotting in….you would be amazed how this approach works!”

“Step 1 is my personal nirvana: an outright ban on plastic shopping bags. Step 2 is a 1 week total ban – a trial of sorts. Step 3 is a ban every Thursday”, explains Hayley.

“Introducing Rethink The Bag to the community of Hout Bay has been an immensely rewarding and exciting journey”, explains Hayley, “I have joined forces with the NGO, Thrive – a very active environmental group in Hout Bay. Thrive had attempted a similar plastic bag awareness/ban several years earlier. With us in the mix, the campaign has been beautifully resurrected”.

Hout Bay is a mini metropolis with all the main retailers and Hayley was introduced to many of the major store owners via Thrive’s champion Bronwen Lankers-Byrnes. The Spar outlets in Hout Bay were the first to adopt the programme and carry it forward beyond the July 3rd. With this initial success, introductions to other Spar stores took place. The campaign is now at a stage where two formal presentations to the WCs Spar’s marketing department have been made. The possibility of this particular retailer rolling out a plan of action in this province is looking very promising indeed.

Hayley – we salute you!

Hear more from Hayley in Rethink the Bag’s short documentary “Baggage” below: 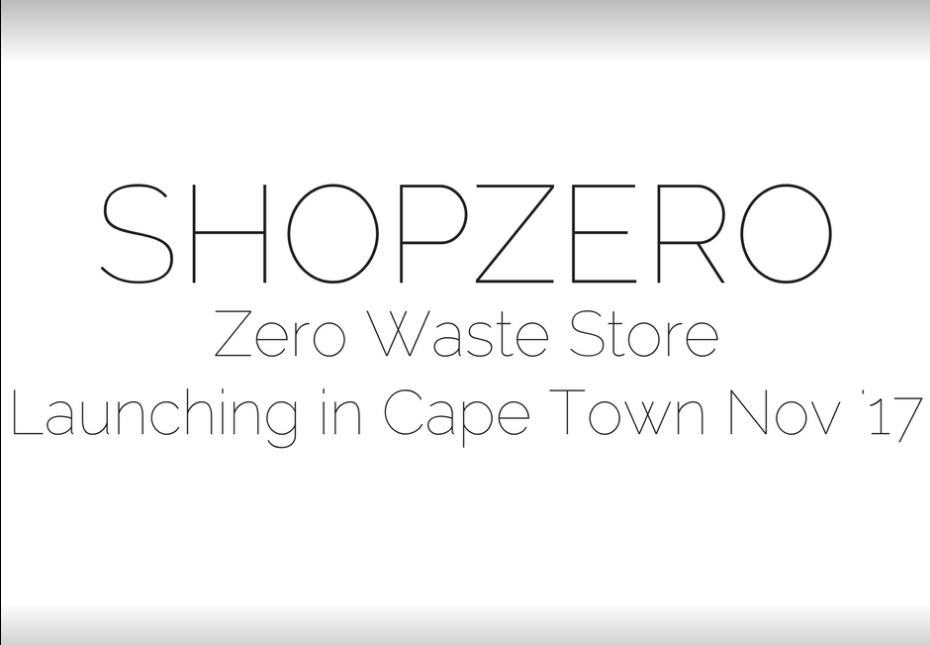