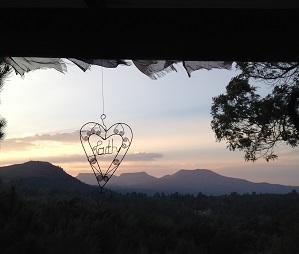 Ever wanted to save the world? You’re not alone. Let’s be honest, though, living sustainably “is a lovely idea, but it’s an IDEA” as my fellow eco-worrier mentioned at the start of our two weeks on the road together. She’s from the United Kingdom and is taking an adult gap year to reassess her professional direction. I’m taking a few gap months to do the same and neither of us is ever going to look at urban living the same way again.

Speaking for myself, I did mean ‘worrier ‘. When the United Nations published their Climate Change report earlier this year, I started following green organisations on Facebook, Twitter and Instagram to figure out where (not) to contribute my consumer rands. Ideally, I want to correct our carbon bulimia, support the ethical treatment of all living creatures and encourage equality. Not a tall order at all, right? Wrong.

Learning more about how we currently do things alarmed me. Tsunami nightmares ensued. Eventually I was overwhelmed. Then a friend told me she was running a life-affirming eco-edu road trip and would 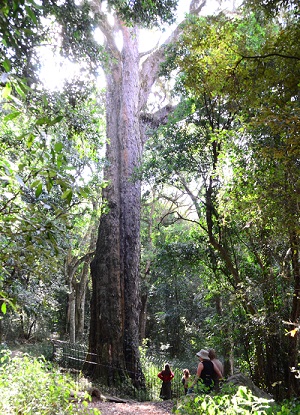 I like to come along and write about it? This was a chance to see change in action. Nothing better than getting your hands dirty on a good idea, I thought. This time I was right.

Clare and Indigo are Bridging The Gap. They’ve teamed up to take small groups of gentle souls who like hard work and grand adventure on journeys of discovery across South Africa. Their first trip covered the Cape Province, stopping at a variety of natural attractions and eco-sensitive locations from Cape Town to Hogsback and back. Their idea is to bridge the gap between learning and doing, adventure and information and intention and its effect. We came armed with thermals, gloves (well, I did: three different kinds) and mp3s. We slept in recycled homes, used compost loos and planted trees. Our hosts opened their hearths and hearts to us, revealing how very personal holistic practices are, whether they’re non-profit or not. Here are some of my favourite locations and the lessons they taught us.

The nuts and bolts in Nature’s Valley

A key principle of sustainability is to work with what you have. That means following the lay of the land, letting the weather dictate and using the abundant resources around you. There’s a steep slope at Wild Spirit Lodge covered in ferns. With smart use of beds and swales, it will become a healthy vegetable garden. We took advantage of a sunny Winter’s day to clear the area and make some compost. Gardening is dirty and sunlight is free, and we were happy that the water we washed in was solar heated.

Putting the ‘humans’ into the ‘dorp’ in Honeyville 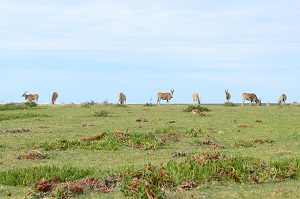 When you’re doing things by hand, there’s great power in numbers. Honeyville is a young hamlet near Humansdorp in the Eastern Cape. It combines nature reserve and human nurturing to develop a space that honours the land, its wild creatures and the domesticated ones that have settled on it, including those with thumbs. John Barrett and Karolien Vollaers want the farm to be officially recognized as the first eco-village in South Africa and are negotiating its legislation. Both permaculture practitioners, they’ve developed a constitution and strict list of eco-requirements for interested investors. We were delighted to assist in throwing a floor in a former labourer’s cottage that John is renovating for a new stakeholder. We shovelled, hauled and stomped natural and recycled materials and were invigorated instead of exhausted afterwards. This home gym is a real win: it’s cheap
and you can live in it later.

Letting the land lead in Hogsback 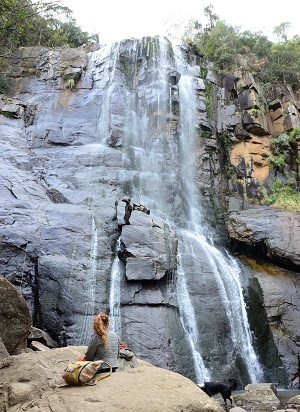 Shane gave it all up to become a farmer. And a horse whisperer. And a business owner. Formerly a city soul, he now runs Terra-Khaya Earth Home Project in the magical kingdom of Hogsback where he taught us about the power of observation. When he started the backpackers there four years ago, he didn’t know what a challenge his land would be, or what a great teacher. Today he’s resurrecting ravines, discovering ways to re-forest that surprise even the experts and he attributes most of this to watching (and thinking). His keen eye saw that the locals build good homes, and he followed suit, combining our brawn and some mud and dung to add new walls to his new building during our stay. Watching helped him develop an understanding of his horses so that he never has to break them in or use bits. So how many trees we should we plant to clear the trip’s carbon footprint? “Don’t count,” he replied. “Just plant.”
Winding back to the Mother city through Knysna forests, hot springs and game reserves, I realised I’d gone from eco-worrier to eco-warrior in two weeks. I’m going to grow herbs at home, look for land to coax my own house out of and give professional time to earth-friendly causes. I’ve learnt that I like creature comforts but I also like living simply. From building by hand to listening to the land, it takes great effort to live more considerately and it starts with changing the way we think.

Hop on the bus and see for yourself. Bridging the Gap has a summer trip coming up…
www.facebook.com/bridgingthegaptours

jezebel is a social media strategist and writer who cares for her Ps and Qs as much as she does the worlds she lives in. Follow her journeys along the South African green map and beyond at http://havelovewilltravel.co.za/