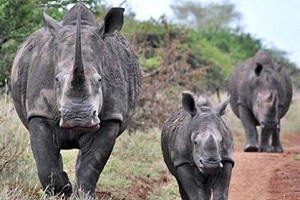 As thick clouds roll in over the hills of Phalaborwa, the smell of a thunderstorm’s imminent approach can be felt in the vibrations of the ground, rippling their way into the water, the trees and the air of the most historic game reserve in South Africa. Having seen many of these raging thunderstorms of the Kruger National Park ( we had many holidays there whilst I was growing up , I often thought about how all animals, instinctively react in a certain way when a storm is on its way, triggering a chain of behavioural responses that ultimately lead them to safety; whether it is to the shelter of a nest, the covered protection of a cave or under a large tree. The instinct that animals have that enable them to respond to Mother Earth’s natural dangers is quite incredible.This is particularly impressive for larger creatures such as rhinos, who one would think have nowhere to hide but somehow make it through. 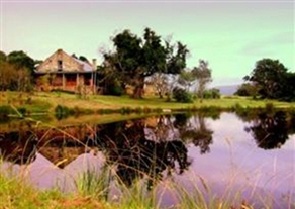 It seems grossly unfair then, that these magnificent creatures are presented with a very unnatural danger, and are thus ill-equipped to react to the imminence of life threatening situations- namely the bullets and pangas of the rhino poachers. As it was world rhino day on the 22nd of September, it seems only fitting to explore places that are home to these spectacular creatures, and allies in the war against their demise. 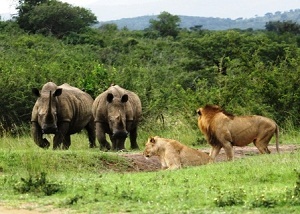 Traditionally when one thinks of places where one would find rhinos in their natural habitat, a relatively hidden park on the north coast of Kwa-Zulu Natal is not one of the first locations that would come to mind; but if you are looking for something different and off the beaten track, the Hluhluwe-iMfalozi reserves that are situated next to each other (although they operate together as a single reserve) are home to both a number of black and white rhino and are part of many efforts to help curb poaching in the area in order to preserve this iconic creature. This raw, rich nature and game reserve teams with a life force of its own surrounded by the deep-rooted Zulu culture of the area; something which to an outsider may find challenging to translate into something familiar.

If you are situated in the more southern regions of the country, The Plettenberg Bay Game Reserve not only offers a spectacular range of wildlife and conservation undertakings, but is also the largest game reserve in the Southern Cape sprawling over 2200 ha covering the hills above the beautiful Garden Route coastline. 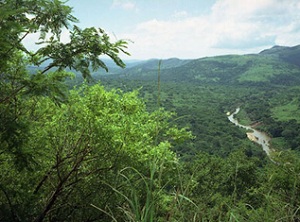 The reserve is home to five adult white rhinos that live happily in the abundant landscape of this well protected area. The reserve is the largest sanctuary for white rhinos in the area. A lovely six hour drive from Cape Town along pristine coastline as well as many discounts offered by the reserve for accommodation and activities ensures that this is a worthwhile getaway for city dwellers.