GMOs have made no impact on food security in South Africa in fourteen years.

James Wilmot, Democratic Alliance MP and Shadow Minister of Trade and industry issued a press release claiming that poor cannot benefit from the “cost savings offered by GMO’s because genetically modified goods cannot be labelled. He claimed that without proper testing, labelling could not be implemented and therefore the public will not know whether certain products they chose to buy contain GMOs or not. The solution offered by the department has been an interim ban a number of GMOs until the testing facility is operational. 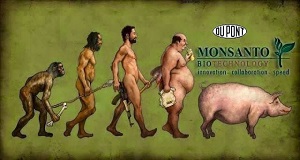 Outreach officer of The African Centre for Biosafety (ACB), Haidee Sawnby says that Mr. Wilmot does not understand the complicated regulation system of GMOs in our country, as well as the extent of GMOs in our food system. Currently there is no import ban due to labelling issues, and in 2010 South Africa stopped the import of bulk GM from Brazil and Argentina as they had not been passed through South Africa’s biosafety system.

Under the rules of the United Nations Biosafety Protocl, South Africa may not allow unapproved GMOs into the country. Additionally, Swanby pointed out that the University of the Free State runs a state-of-the artGMO testing facility; however this only serves to measure GM content and not whether it is safe or not for consumption.

South Africa ranks in 9th place as the largest producer of GMOs globally, and has cultivated, imported and exported GMOs since 1998. A very high percentage of our maize and soya production is genetically modified, and the government granted approximately 1200 permits for GMO maize just in the last three years.

In the last 14 years that GM crops have been produced in South Africa, labelling has been a controversial issue. The food industry has fought hard against labelling of GM foods, consumers have been fighting back saying they have the right to chose and the right to know if the food they are consuming is genetically modified or not.

In 2011, the Consumer Protection Act required that all foods containing 5% or more GM must be labelled, but the food industry turned this around saying it was too loose of a construct and that labels should only apply to living modified organisms, for example GM seeds, but not to products made from GMOs or containing GMingredients. This creates a massive grey area as to what is benefitting consumers, and what is not, particularly the latter.

According to Mr. Gareth Jones, 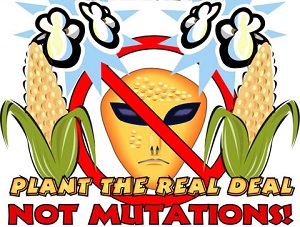 an ACB researcher, the introduction of GMOs into South Africa has profoundly transformed the country’s seed sector and large multinational seed companies such as Monsanto and DuPont dominate the market and are the real beneficiaries of GM seeds. Farmers are no better off than they were 14 years ago with the introduction of GM seeds, as a five kilogram bag of maize meal is today 84% more expensive than it was in 2008. Additionally GMOs have brought no relief to the 20% of the South African population that is still without adequate access to food.

So not only have the people who are in need of food not been helped, but the consumer who purchases it is exposed to potentially harmful GM food, while multinational giants such as Monstanto continue to line their own pockets.

For more on Monsanto: see https://www.lifeinbalance.co.za/news/2013/05/30/monsanto-told-to-voetsak/