Book Review: The Lost Crops Of Africa- Volumes I, II and III 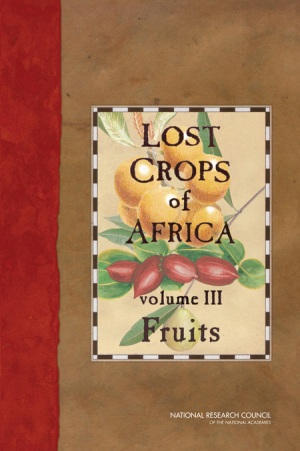 Today’s international move towards industrialised, mechanised and automated agriculture has vastly changed the way in which food is produced. Monoculture crops like corn, soy and rice dominate the market, with plant diversity, heirloom varieties of vegetables, and a large selection of locally relevant and robust strains suffering as a result.

The “Green Revolution” in Africa, which is essentially a post colonial forceful takeover of African agriculture by international corporations like Monsanto and Beyer is the latest iconic battle between golden carrot wielding corporations promising massive benefits of monocultural crop production and local producers, who, wooed by the apparent for potential for massive profits, abandon traditional growing methods and cultivars for introduced, often Genetically Modified seed varieties.

However, just like in biodiversely rich ecosystems, resilience for local food systems comes not from vast fields of the same crop, which often leads to specific pest proliferation and sensitivity to drought and changing weather patterns, but to locally relevant, diverse and varied crops.

To this end, The Lost Crops Of Africa is a series of books that evaluates a diversity of underexploited African plant resources that have the potential to help broaden and support Africa’s food supply. The three volume series assesses lesser know African Grains (volume 1), Fruit (volume 2) and Vegetables (volume 3) for the potential to overcome malnutrition, boost food security, foster rural development and create sustainable land care in Africa.

The fascinating series of books gives insight into crops that have real potential in transforming people’s lives, providing nutrition and improving livelihoods from an African-centric perspective. The volumes are a must for anyone engaged in the issue of African food security, and are a fantastic resource for hobbyist food producers as well with information on a fascinating diversity of crops.