As the age of the informed consumer is upon us and people are beginning to question what they put in their plates, an interesting trend is emerging in South Africa. The hormone-free pork you are eating may come from an emerging farmer, who first the first time has access to such an opportunity and the land to do it.

Based on conventional farms in the Western Cape, a growing number of independent black farmers are in the business of free-range pig farming- with the demand for their product outstripping supply.

“We have a pilot project on my farm in Montagu which we started nearly a year ago where I gave over a section of my farm for pig rearing to two of my workers,” says farmer Ken Bromage. When selling their sought-after pigs at markets, the workers can make an extra R2000-R3000 a month between them. 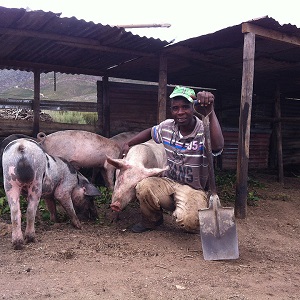 However, SAPPO (South African Pork Producers Organization) is in the process of trying to eradicate these cages by 2020- which will serve as a win-win for both the pigs and consumers.
If pigs are able to roam free and are allowed to root and graze in the sun and fresh air, this makes for much more wholesome and tasty pork, which in turn is much better for consumers as the hormones and antibiotics pumped into these animals has wide-reaching ramifications for human health.

The beauty of this movement towards free-range pork is that the often forgotten rural inhabitant, in this case the middle-man, wins as well as most of the profits generated by these small scale pig farmers goes directly back into the community. This could also potentially reduce the pressure of the higher wage bills that have been recently enforced.
And if the above is not encouraging enough, a key aspect to this story is the concept of a mobile abattoir which would, aside from increasing traceability reduce the suffering of these animals by avoiding the often long transportation to a conventional slaughterhouse.

There is an expression about pigs that says “you can use everything but the oink” and as the movement towards ethical meat gathers even more momentum, it seems natural that all the benefits of a humanely raised pig should benefit the emerging farmer, make for a better life for the pig and ultimately offer a a better product for the paying consumer. 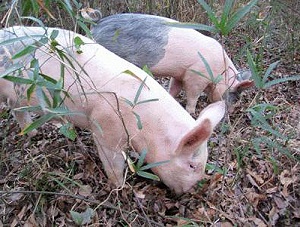