Cape Town was today officially appointed World Design Capital 2014 with the signing of the Host City Agreement by Executive Mayor of the City of Cape Town, Alderman Patricia de Lille, and International Council of Societies of Industrial Design (Icsid) President Soon-in Lee. This is the first time an African city has earned the title.

The historic Signing Ceremony took place at Freeworld Design Centre in Cape Town and was attended by an official Icsid delegation, as well as members of the media and representatives of the design industry, government, business, academia and community organisations.

Icsid President Soon-in Lee noted the significance of the World Design Capital designation: “This is a very exciting time for South Africa and indeed for the African region as a whole. Our aspiration for the city is to continue to provide a platform that will empower Cape Town to be a leading example on the international stage, to encourage designers from diverse backgrounds and communities to share ideas and transform objectives into realities. We have no doubt that Cape Town will bring its own unique vision to the project, making all Capetonians and citizens of this region very proud.”

Icsid President Lee cited Cape Town’s bid focus on social transformation as the determining factor for the city’s success. “Design needs to offer real solutions to real problems. Cape Town demonstrated a deep understanding of this in their bid. They put human-focused design at the centre of the solution for social transformation.”

The Signing Ceremony was timed to coincide with World Industrial Design Day, an Icsid initiative, and the 55th anniversary of the international organisation. Cape Town’s World Design Capital designation will also come at a milestone moment, with 2014 marking the anniversary of 20 years of democracy in South Africa.

Cape Town is the fourth city to be designated a World Design Capital, following in the footsteps of Torino, Italy (2008); Seoul, South Korea (2010) and Helsinki, Finland (2012). 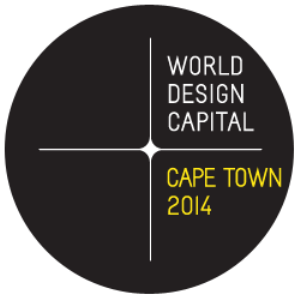