In 2003, a fabulous film entitled Second Hand Lions showed the story about a young boy named Walter who goes to live with his two eccentric uncles in rural Texas. In the first half of the film, one of the uncles orders a lion from a circus animal dealer, with the intention of killing it and turning its head into a wall trophy. However, the lion they get sold is an old, lame lioness that is thus spared and instead becomes an integral part of their odd family set up, and develops a very close bond with Walter. One of the central themes of the film is to never discard something just because it may seem old and useless for it may be of great value after all. This is the exact thinking that is used for the very bright process of “upcycling.” 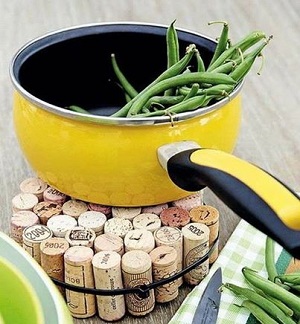 Upcycling is taking things that would otherwise have been thrown away, and finding an alternative use for them. Although this may seem like common knowledge and an obvious thing to do, often many objects are overlooked in terms of the value that they could possibly bring somewhere else in the home.

For example, if one is a wine connoisseur, why not take the used corks and turn them into a cork trivet, or take the old shell of a computer that is no longer in use and turn it into a kitty bed? Free your caged birds and use the old bird cage as a beautiful plant grower?
These are just a few ideas but undoubtedly if one were to look around the house, flat, or office, there would be many more. 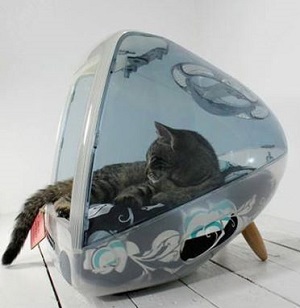