As the seasons change the time comes to prune back the flowering plants of summer to make room for the seeds of winter. However, as sure as the seasons are bound to change, there will always be weeds that come creeping threatening to take over the garden. The good news is that one can avoid a hostage situation below the soil as the common dandelion attempts 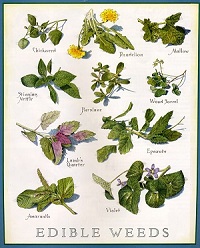 to strangle a budding radish; research has shown that a number of these persistent garden pests are in fact edible and can be very tasty when drizzled with olive oil and tossed in a salad.

For instance, indigenous weeds such as pink mallow and pigweed (part of the Amaranth family) grow in abundance around the country and their leaves can be boiled and prepared the same way as spinach. The flowers of pink mallow also add a lovely dash of colour to a salad. 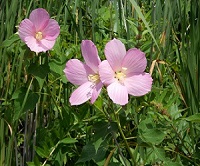 Other weeds that can be used for culinary purposes include bitter cress which has a peppery taste and can possibly be used as a substitute for rocket, wild mustard whose leaves have the same effect as real mustard can go well as relish in a salad, or chickweed which can be seasoned with nutmeg and lemon juice. Additionally these three weeds are invasive species, and by adding them to food this aids the elimination process of alien plants.

For more on what to do with other species of weeds, visit:http://www.readersdigest.co.za/weeds-food-for-free