Tourism is one of the biggest job creators in the world and was recognised by the G20 as a driver of economic growth at the G20 summit in Mexico in June this year, marking the first time travel and tourism has been included in the G20 Leaders’ Declaration. What has become clear is that local enterprises desperately need a traveller market to connect to in order for this to work and for jobs to not only be created, but sustained.

Driving through the picturesque landscape of Limpopo, many travellers passing through are on their way to the Kruger National Park or one of the surrounding private game lodges, which never lose their appeal. In an ideal world these travellers, both local and international, would spend time in the local towns staying overnight on their way in or out of the park to get a taste of the real Africa. 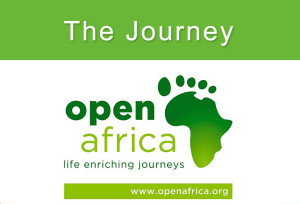 Money transfer company, Western Union has sponsored a travel route in the Limpopo province along the western border of the Kruger National Park where the perfect opportunity exists for travellers to get the best of both worlds – a taste of real Africa and the ultimate safari experience. In time the “adoption” of this travel route and marketing efforts generated by it aims to drive travellers into off-the-beaten track areas to learn more about the culture, history and heritage of the surrounding areas while enjoying the smaller tourist attractions, helping to sustain livelihoods in these parts.

Bertha Shlaisi Baloyi of the Greater Giyani Jewellery Project in Giyani, a town approximately 80km north of Phalaborwa used to employ 39 beaders and now employs only 11 people. Most of her staff left for greener pastures as they were not generating enough income. “We make beautiful things but we need to connect to a market” she said. “Our staff are trained for up to five years in various traditional Shangaan beading techniques but without a market we cannot survive.”

Rich Mabunda, the project manager at Thomo Heritage Park 8km outside of Giyani has the same to say. Thomo Heritage Park is an Iron Age site and living museum where guests can sleep in traditional Tsonga huts, dine on traditional fare and enjoy the culture and history in Rich’s guided tours of the park. We get visitors from as far as China, Holland and the United States of America,” he said. “But sometimes we can go up to three months without visitors.” Thomo’s electricity supply is off-grid so every time guests book in, Rich has to buy petrol for his generator, a very costly piece of equipment to run with the price of petrol these days. Rich makes little to no profit at the end of his guests’ stay.

This is the sad reality for most rural tourism enterprises as if the market existed, more jobs could be created, standards would improve and rural areas would thrive on the influx of travellers, giving local communities a sense of pride in their heritage and attractions in their area as well as the working capital for the resources they currently can’t afford.

In a country so rich with cultural heritage and history, diverse people and places and a plethora of attractions to keep just about any visitor happy, why is it that travellers are bypassing the rest of South Africa to get to ‘the good stuff’ when so much of it is right on our doorstep?

The only solution seems to be that travellers across the world should all be working towards discovering more about the country they live in, not only to uncover the hidden treasures, but in support of job creation, quality work, poverty reduction and global growth.

Western Union recently sponsored Open Africa’s Rixile Culture to Kruger Route In an effort to support rural tourism and economic development in the area stretching from Phalaborwa to Giyani.