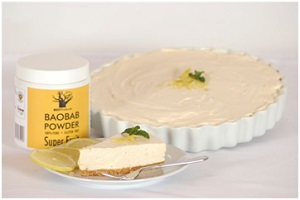 When living in South Africa every now and again we may feel a pang of envy towards our trans-Atlantic cousins who are able to get their hands on things such as Starbucks coffee, extremely fast, cheap internet, or even snow. However this is when we have to remind ourselves that we have been blessed with other things such as a great climate, hilarious local television, Victor Matfield, Black Label Beer, leopards, and products that are so high in demand in other parts of the world that sales figures in 2013 showed a 1600% increase in the UK alone.

The product in question is not rhino horn, but something much more innocent: the baobab fruit. A while back we revealed the secrets of the baobab fruit power, such as its extremely high levels of potassium, vitamin C, and magnesium. Eating baobab fruit powder on its own may be a little daunting, so why not add it into something that everyone likes such as a cake this delicious recipe is win-win on taste, as well as nutrition (yes, there is such a thing as a nutritious cake). 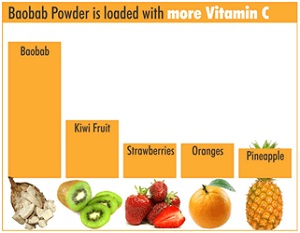 Eco Products are giving away five tubs of baobab powder to five lucky readers. Each tub is valued at R98.00. To enter simply send an email to melissa@lifeinbalance.co.za with the email header: “baobab giveaway”. Entries close on the 20th of August, 2014. Winners will be announced in the next newsletter. 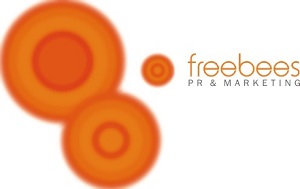