A whole lot of chemicals and surfectants have been used and in almost as big a quantity as the ‘spill’ it was used to treat. Certain underground environmental activists were already highlighting the dangers of these chemicals when they were first being used and the PR agencies weren’t talking about it, but as can happen to reason being spoken by what the status quo considers ‘extremists’, 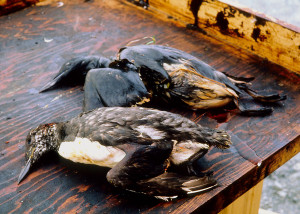 not often heard. There is no environmental super hero out there. If this is ever a job of a super hero let that incredible creature appear and set right the wrongs of negligent progress. It is still cheaper to burn oil at $100 per barrel, than to invest in renewable energy resources. Red tape hinders renewable energy opportunities in South Africa, despite the abundance of sun and wind which could be utilised to feed into the grid. The gap between those that want to make a difference and can, with those who should but don’t – is a chasm at this stage and I wonder what the bridge is, that will join them. Does it have to be a disaster that builds it?