News from the upcoming Climate Change Talks due to be held in Cancun at the end of the year is that there is a lacklustre response from the 179 nations invited and key players- think China and the USA are not really fired up by the hope of reaching any agreements on setting a standard for carbon emissions. The Telegraph quotes Jonathan Pershing, the US chief negotiator, as saying “There is less agreement than one might have hoped at this stage,”. 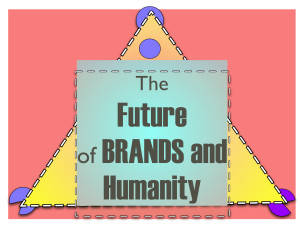 While the USA and China can’t reach an agreement and continue to do business as usual there are areas around the world struggling to recover from natural disasters as a result of climate change. It is highly debatable whether we are in a position to stop the heating of the planet by a further 2 degrees in time but carrying on utilising resources and polluting the planet as we are is not sustainable.

I am currently at the Brands and Branding for Good conference in Johannesburg listening to brand leaders discuss their attempts at becoming more sustainable, from closing the loop on waste, recycling drives, energy efficiency and social development of impoverished communities.

A lot of the stories are incredibly inspiring and I am wondering whether it may be a great idea for a marketing manager to run a country as we are after all part of brand South Africa and in a broader light – a brand called the World.

The natural resources of this planet have been valued at around seven trillion dollars and yet the graph displaying availability of resources is showing a steep decline – there is no upward curve predicted. In the face of staggering data and a planet in crisis it is astounding that the governments are not all pulling together to do what is necessary. There are huge corporations who don’t give a damn and continue to put profit before sustainability and they are the kings of greed.

What will it take to shift this mindset? Does it have to be a disaster? I am always looking but I don’t see one government or leader of a government standing up for the natural resources under their custodianship. It is left to small NGO’s and environmental organisations that are always strapped for cash to promote the message and they seem to be tarred as ‘extremists’ of sorts. So it remains with us, the consumer to choose who we buy from and to demand good governance in terms of resource management, and to vote with our pockets however small the change in them may be.