Children in the Wilderness 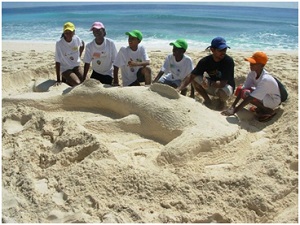 “They say that”- a common, generally foolproof way to begin an inspirational speech, monologue or debate…that is usually forgotten about by the audience a few minutes after it ends (unless it’s in the league of “I have a dream” or a new law being announced about the sale alcohol on a Sunday). Still, people continue to talk, often with very little action that follows. Unfortunately, the critical issue of sustainability falls prey to the gargantua that is meaningless talk in a time when action is so desperately needed.

Nevertheless, there are those who still march on and dedicate their time to the education of those who would otherwise fall by the way side when it comes to understanding sustainability. One such programme that is making its mark across Sub-Saharan Africa is Children in the Wilderness, a non-profit organisation supported by ecotourism company Wilderness Safaris to facilitate sustainable conservation through leadership development and education of rural children in Africa. 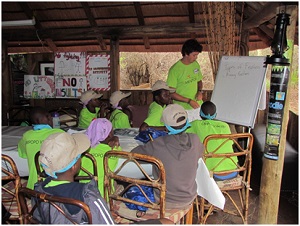 The insight behind the work done by Children in the Wilderness is that unless those who are to inherit the land of Africa understand and appreciate its pristine wilderness and wildlife areas, over time these aspects will cease to exist. Therefore, Children in the Wilderness is an environmental and life skills educational programme for children, focusing on the next generation of decision-makers; inspiring them to care for their natural heritage and to become the custodians of these areas in the future.

Children in the Wilderness runs a series of camps which take place in different parts of Southern Africa, usually towards the end of the year, which run for three to five days with a maximum of 30 children participating. During these camps, the rural children participating are not only taught about conservation and sustainability, but various life skills and education around issues such as HIV/AIDS as well. 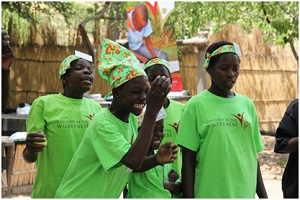 During the course of the year, the Children in the Wilderness ground team operates Eco-Clubs (Environmental Clubs) in the various communities with which we work. These clubs take place at the rural schools and give all learners who are interested in the environment a chance to meet, learn, discuss and expand their knowledge of environmental issues.

Children in the Wilderness is making a significant contribution to the “doing” of sustainability, encouraging a trend of education and action as well as bringing together potential leaders advocating for the care of Africa’s magical biodiversity.

For more information or to get involved, visit: http://www.childreninthewilderness.com/

“We don’t inherit the earth from our ancestors, we borrow it from our children.” ― David Brower