Blog - Latest News
You are here: Home1 / Need to know2 / Whale meat NOT on the menu 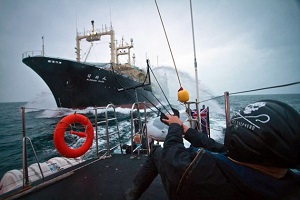 Japan will not be having a whale of a time anytime soon around the South African coast line. With the spark of activism led by our friends at Greenpeace, South Africans responded rapidly to their call to prevent a Japanese whaling ship, Alma, carrying whale meat from docking in Durban in order to refuel. In just three days, over 21 000 South Africans mobilized into action and assisted Greenpeace with its request to the port authorities to deny entrance and service to the Alma. South Africans prevailed as the victors, and Alma left South African waters without refuelling. Greenpeace urged ports in other countries to follow suit, in order to send the message that whale meat, like rhino horn is illegal in South Africa and its entrance into our marine borders would not be tolerated.

This comes as a triumph for all those against Japan’s whaling expeditions, as earlier this year Sea-Shepherd disrupted the Japanese hunt in Antarctica, ensuring that the amount of whales caught was well below target. Additionally, the United Nations International Court of Justice in the Hague ordered Japan to stop killing whales in the Southern Ocean, which Japan claimed was being done for “scientific research,”- not very convincing when whale meat is considered a delicacy in Japan. However, that being said Sea Shepherd and Greenpeace are to be commended for their efforts to curb the destruction of these incredible giants of the sea. 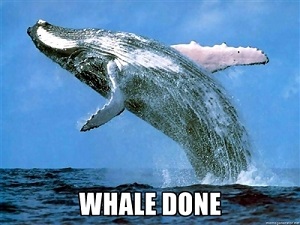 Sea Shepherd may have won this battle, the war has yet to end as a mere two weeks after the International Court of Justice made their ruling, Japanese minister of agriculture, forestry and fisheries Yoshimasa Hayashi reaffirmed that the country will work to have this decision overturned so that they may continue whaling for important “scientific research.”

Error: An access token is required to request this resource.
Type: OAuthException
Lies, deception, and sandwiches