You are here: Home1 / conservation

A gasping review of The Cast Whale Project

The Cast Whale Project began as a dream (literally) for German based artist Gil Shachar. He wanted to create a sculpture of a large, dead beached whale by molding every inch of it and present it back to the land in the exact same manner as it lay on the beach.

When I walked into the exhibition hall that housed the result of this epic task I was overcome by the mournful sounds of whale song being played and the staggering sight of this enormous, true to life effigy of this majestic creature, dead, taking up almost an entire warehouse with its lifeless form. There had been no autopsy to prove the manner of its demise, it had just washed up on the beach at Lambert’s Bay on the Cape west coast one day. That day began the process of turning a dream in to reality. 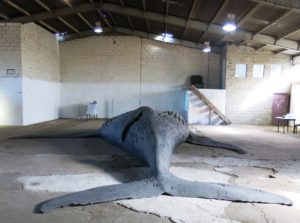 The team had been preparing and researching how they could achieve this gargantuan vision for almost four years prior to the event and were able to mobilise within 24 hours of the whale’s beaching.  In August 2018 the Cast Whale Project team was able to take a mold from the dead  Humpback Whale and this was then cast at an old film studio warehouse in Salt River, Cape Town, during March and April 2019.

It is a staggering achievement and one that rendered me reverent of the artist and his team of sculptors.

“The encounter with a stranded whale brings to one’s imagination a parallel world, a world which has been imprinted upon one’s (sub)consciousness since early childhood. Whales appear in children’s stories, in mythology, in the great religious traditions, in fairy tales, fables, poetry and literature. In all these sources they invariably represent a tremendous power, a wonder of nature, of high intelligence – but one which is also capable of turning into a monster. The whale becomes a projection screen for our imagination, a container of transformation and of rebirth. The scarcer an encounter with a whale becomes, the more it gains in symbolic power. The direct presence of a whale often triggers feelings of being overwhelmed and of the sublime.”

I felt overwhelmed as I looked at its body that I realised was lying on its back after mistaking its lifeless penis for its fin, both equally useless in death. It made me think of the impotence of earth anxiety effecting millions of people who care about what is happening to the environment and who are unable to act out of the system that is causing this damage save to rage and create and draw attention to what is. Whales were once hunted ruthlessly for their oil that was used for many domestic and industrial uses. Now they are under threat from the results of ocean pollution, high density fishing lanes and hunting under the guise of scientific research.

I talked at length to Gil about his work and the impact this will have on raising awareness of the fragility of the environments and the creatures within them and found him an astute listener and a gentle champion forging ahead with an incredible task.

South Africa Artists and Sculptors who managed the project:

Special thanks to The Department of Environmental Affairs, Republic of South Africa

The Cast Whale Project was supported by the NRW Art Foundation 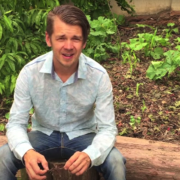 In this video, Alosha shares his knowledge of the current water situation in a drought-stricken South Africa. He also provides us with some great water wise tips and practical solutions for our own gardens and homes so that we too can help conserve water and sustain our beautiful environment! 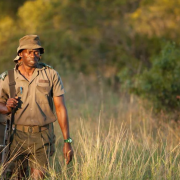 Every day we lose another rhino and a species edges closer to extinction. But there are champions keeping watch, protecting our true national heritage. From the Frontline: Saving our Rhino, a short film created in support of the SANParks Honorary Rangers, shows us just how tirelessly these volunteers are working to counteract the current poaching crisis. Watch this.

Error: An access token is required to request this resource.
Type: OAuthException
Scroll to top