Marijuana has been an increasingly hot topic of debate over the last few decades as legislation around its legality change and recreational use increases. Additionally, more attention is also being paid to marijuana’sTHC-free twin, hemp, and specifically the potential to cultivate hemp as a substitute for materials such as cotton. Hemp as it currently stands is an easy to grow, versatile crop that may have a significant impact on the future of humanity, including climate change alleviation and decrease in fossil fuel usage as a whole. 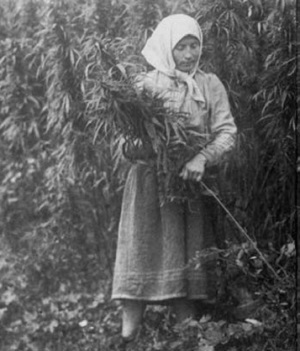 Arguably, the only thing standing in the way of hemp being cultivated as a mainstream crop is its legal implications, given that it is part of the Cannabis family that includes marijuana. Currently there are nearly 40 countries around the world that are cultivating hemp, and in South Africa, particularly the Western and Eastern Cape, there are efforts being made to get legislation amended in order to create a hemp industry.

In Winnipeg, USA, there is a joint public and private enterprise named the composites Innovation center where researchers turn hemp into a vast range of products from roofing materials to insulation blankets to hemp-constructed tractor bodies. The cultivation of hemp is nothing new (for instance hemp was being harvested in the 1950’s USSR), and the sector’s manager for product innovation, Simon Potter says “We’re coming back to something that we should have never forgotten about. These natural fibers work better than the often toxic materials made of petroleum.”

From an economic point of view, hemp could arguably be seen to yield larger profit margins for crop farmers than GMO crops or cotton. Cotton for instance, needs 14 times the amount of water than hemp for successful cultivation. In the United States, GMO crop seeds are not only more expensive, but farmers run the risk of GMO crops heavily damaging the soil. As hemp was traditionally used as a “mop crop,” (a crop that absorbs all unwanted waste and chemicals from the soil) hemp farmers need not worry about their soil being damaged.

From a local perspective, hemp cultivation is still in its infancy however there are hemp based products that are on the market, such as hemp seed oil, hemp clothing, cosmetics as well as fabrics which can be bought from local enterprise Hemporium on Long Street, Cape Town.

If this information is still not entirely convincing, here are ten interesting things everyone should know about hemp: 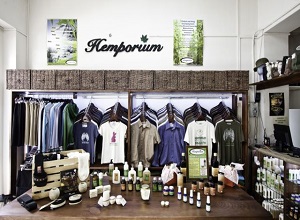 This information was originally sourced from: http://www.vice.com/read/the-great-hemp-experiment-begins

Error: An access token is required to request this resource.
Type: OAuthException
Solution: See here for how to solve this error
Book review: Funny Food