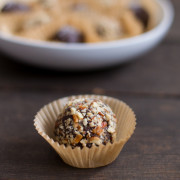 There are many little things in life that often we wonder what we would do without; a nice glass of wine after a long day of work, funny memes on the internet, going out into nature for a much needed break, and of course the most obvious- chocolate. One of the greatest things about chocolate is that one does not have to eat a huge amount in order to feel great as often a bite-size morsel can do the trick. This month we found a great recipe that caters to morsel mouthfuls of the delicious stuff. 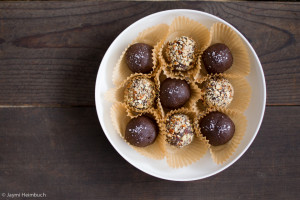 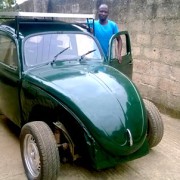 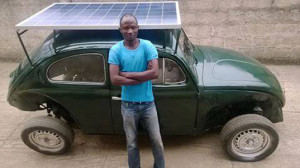 When the race to walk on the moon began it was first considered to be a ludicrous notion ( and even today there are a few who believe it was all a hoax) but scepticism and disbelief don’t deter the truly brilliant. Without a shadow of a doubt, Nigerian born Segun Oyeyiola faced the same kind of scepticism when he turned his gas guzzling Volkswagen into a fossil-fuel free machine by installing a giant solar panel on top and a wind turbine under the hood.

Oyeyiola completed the project for just $6,000 using mostly scrap parts donated by friends and family, proving that everyone can make a difference with the right attitude and a bit of ingenuity. Oyeyiola still has improvements to make on his vehicle and he’s determined to make it perfect. He has faced a fair amount of criticism from some of the people in his area,  however he is determined to succeed and see if his prototype can be turned into something that can be used by many people in the near future.

To see how this is possible, watch this short clip on how a car’s battery can be charged by various wind turbines: 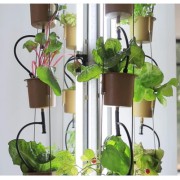 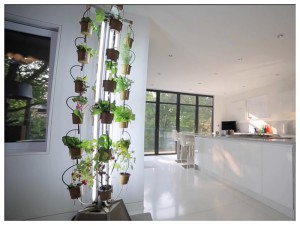 It is no surprise given the increase in world population over the last few decades that many people are opting to live in apartment blocks or flats, as unless one has a family or requires large open spaces for work the former is undoubtedly a more cost effective option. However, living in flat or apartment does come with certain niggling limitations; such as limited visitor parking, the prohibition of pets and undoubtedly the omitting of a really good gardening space. Luckily there are many great air purifying plants and various bulbs that do not need too much sunlight to grow and that can flourish indoors. There are also some fairly nifty planting systems that have been especially designed for smaller living spaces such as terrariums or hanging gardens that are fairly self sustaining.

Another quite marvellous invention is something that has yet to hit the shelves, as it is currently a pilot project is something called the NutriTower, a soil free innovative structure that uses the principles of hydroponics to sustain plants. The NutriTower is a vertical system that is simple, elegant and efficient. The patent-pending vertical lighting design and the gravity fed nutrient delivery system make this the most effective way of growing plants in your home year round.

Hydroponics is the term used when growing plants in water. It is generally much faster than soil based methods because it delivers nutrients in a form that is easier for a plant to absorb allowing it to spend all its energy on generating biomass. A key advantage to hydroponics is that it uses up to 95% less water than conventional methods.

We are not entirely sure how it works, but the design is beautiful and would make a great gardening alternative in any small home. As mentioned, this green wonder is still in the development phase, and is part of Kickstarter’s network of great projects that are trying to make it to mainstream markets. 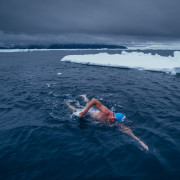 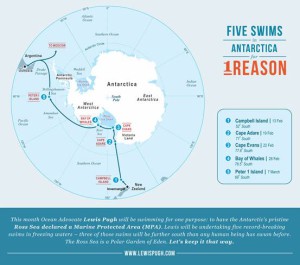 Renowned Cape Town endurance swimmer and United Nation’s Environment Programme (UNEP)’s Patron of the Oceans, Lewis Pugh, has completed the most southerly swim in human history – swimming 500m off the coast of Cape Adare in the Antarctic Ocean.

In formidable conditions, Lewis broke the World Record by completing his swim in -1.7 degrees C water – the coldest seawater can be before it freezes – with no insulation other than a Speedo swimming costume. Upon coming out of the water, Lewis required a 50-minute long hot shower to warm his core body temperature.

Immediately afterwards Lewis said: “It was an exceptionally tough swim, especially as I had to navigate around sharp ice and couldn’t just keep my head down and swim. My fingers were in absolute agony from around the 300m mark, I’ve never felt pain like it before. I’m obviously delighted with the accomplishment and am looking forward to trying to beat this record in the next three weeks at Cape Evans and then The Bay of Whales. I want to thank my support team for keeping me safe. Now, the only thing warming me up is the thought that my actions can encourage world leaders to come together and preserve this wonderful and important part of the world.”

Lewis is undertaking a series of death defying swims in the Antarctic Ocean to influence world leaders to make the Ross Sea a Marine Protected Area (MPA). The Ross Sea is one of the most pristine and untarnished areas in the world and is under threat from commercial fishing and climate change. Lewis is particularly keen to appeal to Russia who, as well as having a distinguished history in Antarctic exploration, are presiding over The Commission for the Conservation of Antarctic Marine Living Resources (CCAMLR) – the body which can grant MPAs.

Lewis will spend another three weeks swimming in the Antarctic Ocean where he hopes to break his newly set record not once, but twice more on this expedition. 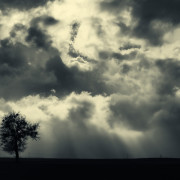 From the award winning series by National Geographic, Cosmos, a Spacetime Odyssey, this short clip is an amazing insight into the difference between weather and climate change, and how microscopic differences are affecting both – every second of the day. 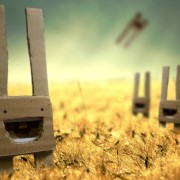 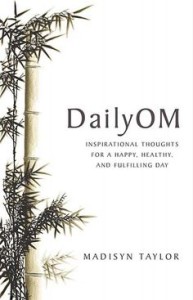 Even if one is happy for the most part, it is impossible to maintain a constant state of happiness throughout one’s life, and every now and then one might find oneself in a position of great despair, whatever the reason. This is part of being human (unless one is a robot or a hermit, but yet again even hermits have feelings).

If you are feeling blue dip into these words of wisdom from the world’s most renowned authors who offer their take on the subject.

If you are looking for a great book that encapsulates the concept of happiness but also acts as a great spiritual guide, we highly recommend Madisyn Taylor’s Daily Om: Inspirational thoughts for a happy, healthy, fulfilling day. This inspirational book delivers messages of healing, awareness, and well-being. A companion to the popular DailyOM Website, it is a valuable guide that will enable you to find balance and wellness through conscious awareness. As you read these passages, which touch on topics including meditation, relationships, nature, and more, you’ll see that they’ll make the journey of your life much more meaningful. Daily Om can be purchased from many leading book outlets. ISBN: 9781458772213 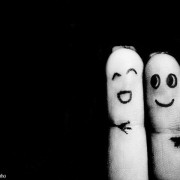 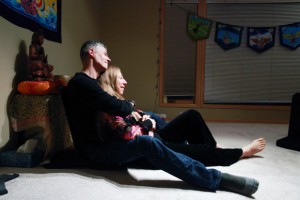 Have you ever wondered why a well-time hug feels so good? It is more than just a social interaction,  there is in fact a scientific explanation as to why cuddling and touch can lift one’s mood. It’s called  oxytocin and this hormone plays an important role in the neuroanatomy of intimacy. It gives us the feeling of empathy, trust, sexual desire and a whole bunch of other emotions that a healthy relationship triggers.

Cuddling can also relieve stress (not just because it’s awesome) but because oxytocin is stronger than cortisol, the major stress hormone. Ditch those tranquilisers and booze and get cuddling and you will relieve pain and boost your immune function. There is a strong bond between the brain and the immune system, so watch your thoughts because they have a direct impact on your health be it positive or negative.

Staying calm, optimistic, and expressing your feelings are all good ways to boost your immune systems and to maintain good health. And don’t forget to cuddle.

For original information and to see more on how cuddling is good for your health, please visit: http://www.iheartintelligence.com/2015/02/19/7-incredible-benefits-cuddling/ 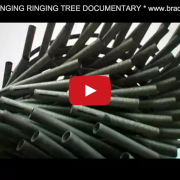 Turning something very unlikely into melody. 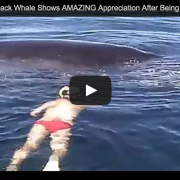 An amazing video of a whale rescue with a surprising twist at the end. 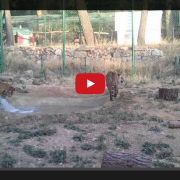 A set of tiger siblings having a swim at the Princess Alia Foundation Sanctuary in Jordan. Just goes to show not all cats are averse to a little dip ever now and then